Named after the song by Patsy Cline, "C.R.A.Z.Y." (2005) is a French-Canadian coming-of-age movie set in the '60s by Jean-Marc Vallée (sort of reminiscent of "A Christmas Story" (1983)).  The protagonist is the youngest son out of the four brothers with an overbearing father and doting mother.  The youngest son, Michel, is the oddball since he's sensitive, intuitive (said to possess a gift by the "tupperware lady") and is close to his mother.  He also happens to be homosexual but I think this movie has universal appeal as it focuses on the strained relationship between brothers with conflicting personality types as well as the complex father-son relationship, much less adding sexuality and Catholicism to the mix.  He also had a long-term relationship with a ginger, Michelle, for most of the movie though has been conflicted since he has reached puberty.

The father openly condemns but secretly relishes when Michel breaks the rules while reinforcing traditionally masculine vices, such as when he brings a girl over and when he gets sent home from school for beating up another student. 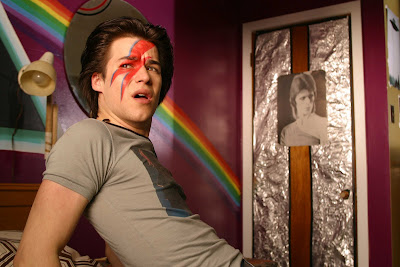 The eldest brother is the 'Casanova' and also the bad boy who rides a motorcycle and never commits to a relationship.  He's the one that has always butted heads with Michel, calling him a "faggot," but he was also the one who stood up for him at another brother's wedding when relatives were gossiping about Michel's sexual orientation.

This is a very realistic, humorous, and emotional portrayal of family life.  Showing how human parents really are and how redemption can come even after decades of emotional trauma.

I couldn't find a YouTube trailer with English subtitles...