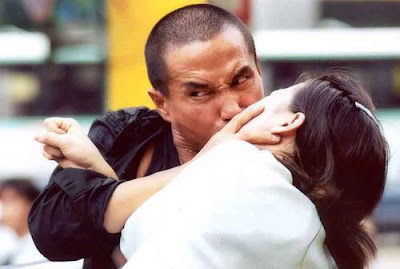 What struck me most about this film was how a series of events can completely alter one's world view, what had seemed so important to the female lead, a clumsy romance with a conventional boyfriend, an art history degree, sexual purity, loses all it's relevance in light of her experiences in prostitution. One way of looking at the male protagonist's actions towards her would be a kind of leveling; she spat on him in the first scene and slapped him humiliating him, and he revenges himself by making her realise how fragile her morality and her dignity really is. The bond between them seems two-fold though, he watches her be violated, but then avenges this violation by beating her violators. He too, tries to violate her, but turns to one of the other girls instead to release the sexual tension; she knows he tricked her into prostitution but is drawn to him at the same time. The female lead at the start of the film is unlikeable, and it is through the eyes of Hangi (the male protagonist) peeping through the glass at her repeated violation and subsequent resgination, that the audience sees her change and become more in touch with human emotion. The protagonist on his first meeting with the girl stands out of the crowd, with a scar drawn across his neck, and her look of disgust is because she knows what kind of person he is. So instead of trying to leave the world he is in, he brings her into his world, he becomes her pimp, as opposed turning (in a familiar Hollywood trope) into her Prince Charming. 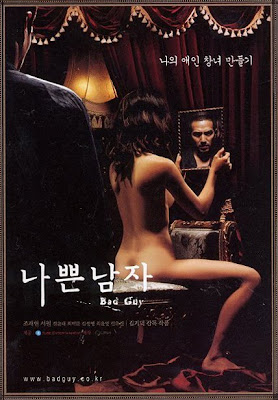 I felt for a moment on hearing Hangi's high pitched voice, that the film would lull into cliché with the anti-hero being ashamed of his voice but getting up the courage to say he loved the heroine. This didn't occur, although the protagonist perhaps is reflecting on his own feelings of inferiority when he beats up his friend, shouting at him that it was stupid for a hooligan to have dreams of love. It is not love that wins out at the end of the film, but a kind of acknowledgement of and resgination to the bond they have which they consumated when she spat in his face and he watched her lose her virginity by a paying client.

I thought it was a great film, the intensity of the male protagonist was played fantastically, and the way the plot played out was original and uncannily real.