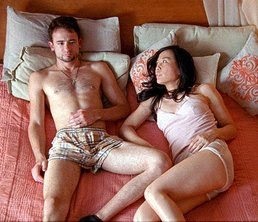 I liked this film because of the way it dealt with emotion and sex, and the labyrinthine sexual and emotional struggles that people have to deal with. Its graphic nature lends itself to an argument that the so-called "pop philosopher" Slavoj Žižek made in The Pervert's Guide to Cinema:

Pornography is, and it is, a deeply conservative genre. It's not a genre where everything is permitted. It's a genre base don a fundamental prohibition. We cross one threshold, you can see everything, close ups and so on, but the price you pay for it is that the narrative with justifies sexual activity should not be taken seriously. The screenwriters for pornography cannot be so stupid. You know, these vulgar narratives of a housewife alone at home, a plumber comes, fixes the hole, then the housewife turns to him, 'Sorry, but I have another hold to be fixed. Can you do it?' or whatever. Obviously there is some kind of a censorship here. You have either an emotionally engaging film, but then you should stop bust before showing it all, sexual act, or you can see it all but you are now allowed then to be emotionally seriously engaged. So that's the tragedy of pornography. 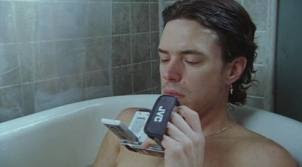 This film's graphic sexual portrayals are more akin to the reality of sex in the strong attachment with emotion that they have - and the aspirations, deeply held unease that is held in our sexuality surfaces in the characters - pressure to perform, the pressure to enjoy sex with someone you love, pressure to convince yourself that you are happy and fulfilled.

There were definite moments of recognition for me in the film, whether it be the struggle to deal with and embrace the physiological reality of your body, the emotional payload of sex or just learning to interact in a relationship that is both sexual and emotional. I found a lot of the dialogue was funny and rang truer than either the aforesaid pornographic vulgarity or the archetypal demands of romance films or rom-coms. 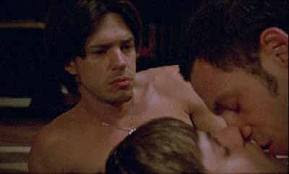 I can see where the film might receive some flak - the self-conscious reference to 9 11, and a hipsterish romantic notion of "New Yorkers" and sex clubs, but on a whole I never felt the film lurched into pretentiousness, and the situations and characters were believeable to me within the context of the fim.

I liked the idea that the structure in one's life being portrayed as such a fragile thing, and that the surface actions of your behaviour can go on from one day to the next while underneath everything has already changed.

And a rant from Slavoj Žižek: