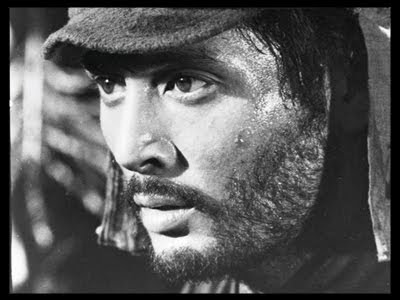 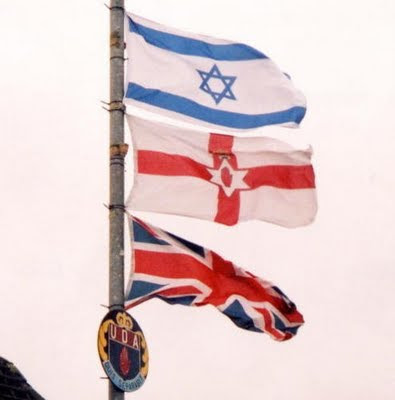 The conclusion Friel draws is unclear. The threat of violence in the play seems almost a superegoic voice of history, enunciating the crimes of the Gores's forefathers. But how long can one hold on to past wrongdoings, when does a colonized settlement or territory become just a "home"?
Posted by Conor Stuart at 10:21 PM 4 comments:

"It will not ripen well" 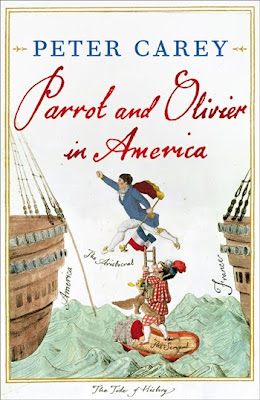 I started this book, Parrot and Olivier in America by Peter Carey, expecting something similar to Don Quixote and an antiquated redo of servant master relations. The book was, however, hilarious, it demolished the American Dream and American romantic notions of their own history with tender satire.

The tale is a fleshing out and reimagination of the travels of Alexis de Toqueville, a noble from an old Norman aristocratic family who wrote Democracy in America after his travels there in 1831.

His book not only brings to life the attitudes and society one can imagine in the era just after the French Revolution and the United States Declaration of Independence, but it also encapsulates the essence of French, US, and British character which shape the way the countries have evolved.

At university I was friends with an Etonian and another guy from a public school who constantly extolled the virtues of an aristocracy (or from the more politically correct of the two, the need for a leading class and a Conservative government). This was material for much debate as I was repulsed by the presumption of these two Englishmen, who claimed some sort of superiority for no really credible reasons (one a birthright the other money). The arguments circulated around the common people not really knowing what was good for them etc. This is the voice in the book that Olivier represents, who demand a life of leisure which requires others to work their hands to the bone. The only qualification is to keep them pacified enough to prevent revolution, which the French had overlooked in their overindulgence. The book however, while satirizing the Garmonts, is even more cynical of the "democratic spirit" of the New World, which essentially reduces equality to a monetary concept, or as it is put in the book:

Equality exists only in the marketplace

The other character in the novel, Parrot, Olivier's English servant, originally the more cynical of the two, in the end holds out hope for America and is entranced by the American Dream. However, the nature of American democracy was he states essentially a nominally distinct version of monarchy:

Democracies and monarchies, it does not matter - the world is filled with poor men tortured by the state. The rich man makes an endless supply of them, and when the Americans won their independence the king must find a new place to put his prisoners. So - Australia was invented by the British, that whole dry carcass, its withered dugs offered to our criminal lips.

The naivete of Garmont in his mission comes to a cynical end when his relationship with an American girl and America itself comes to and end:

'Yes, and you will follow fur traders and woodsmen as your presidents, and they will be as barbarians at the head of armies, ignorant of science and geography, the leaders of a mob daily educated by a perfidious press which will make them so confident and ignorant that the only books on their shelves will be instruction manuals, the only theatre gaudy spectacles, the painting made to please that vulgar class of bankers, men of no moral character, half-bourgeios and half-criminal, who will affect the tastes of an aristocracy but will compete with each like wrestlers at a fair, wishing only to pay the highest price for the most fashionable artist.

This made me think of the way that we conceive of politicians in general, and particularly the way the American president is perceived. There seems to be an effort to elect an every day person as a president or there seems to be some joy taken in the idea that anyone could become the president in a democracy. Is this then a good thing? And in a century were there is no moral impediment on people (the multitude of churches are all subordinate to the state in most countries) only a legal impediment. So in effect if it's legal then it's ok. This leads one to question the awe or leadership of the president or other politicians if there is no hierarchy in society. By electing people that are average or ordinary there seems little value in their leadership. As is stated in the book:

All official positions are given for political reasons; the spirits of faction and intrigue grow here as they do under monarchies

That money is the deciding factor over justice, and that this is acknowledged by the Americans themselves is something distasteful to the French noble:

It was an event impossible to conceive in France, for I obtained this justice - and justice it was - with the ditribution of dollars [...] you would think this such a truly disgusting matter that it needs be transacted in the dead of night, but no. The beneficiaries had come straight from their homes or counting houses, the otherwise elegant Mr Peek carrying a small dot of egg yolk on his dimpled chin.

I think what Olivier criticises here is the openess of the role of money in securing justice. If the French were unfair in their treatment of prisoners, it was under the understanding that they were "guilty" even if this a pretence. But in American society this facade of justice and right and wrong even is subordinate to the rule of money. So for all the promise of democracy, its virtues were also victim to what Olivier calls:

this national manner of joking, where the main point, by dint of boastfulness and exaggeration, was to make the visitor appear a fool

I thought this was interesting when you look at the recent controversies on torture and Guantanemo Bay in the US. These are discussed in terms of legality, but not so much in terms of morality, because morality perhaps isn't seen as having a role in government in the US when it comes to security issues.

I'd be interested in what the two of you think, given that you're both Americans even if you haven't read the book.

Definitely worth reading 5/5
Posted by Conor Stuart at 12:46 AM No comments: